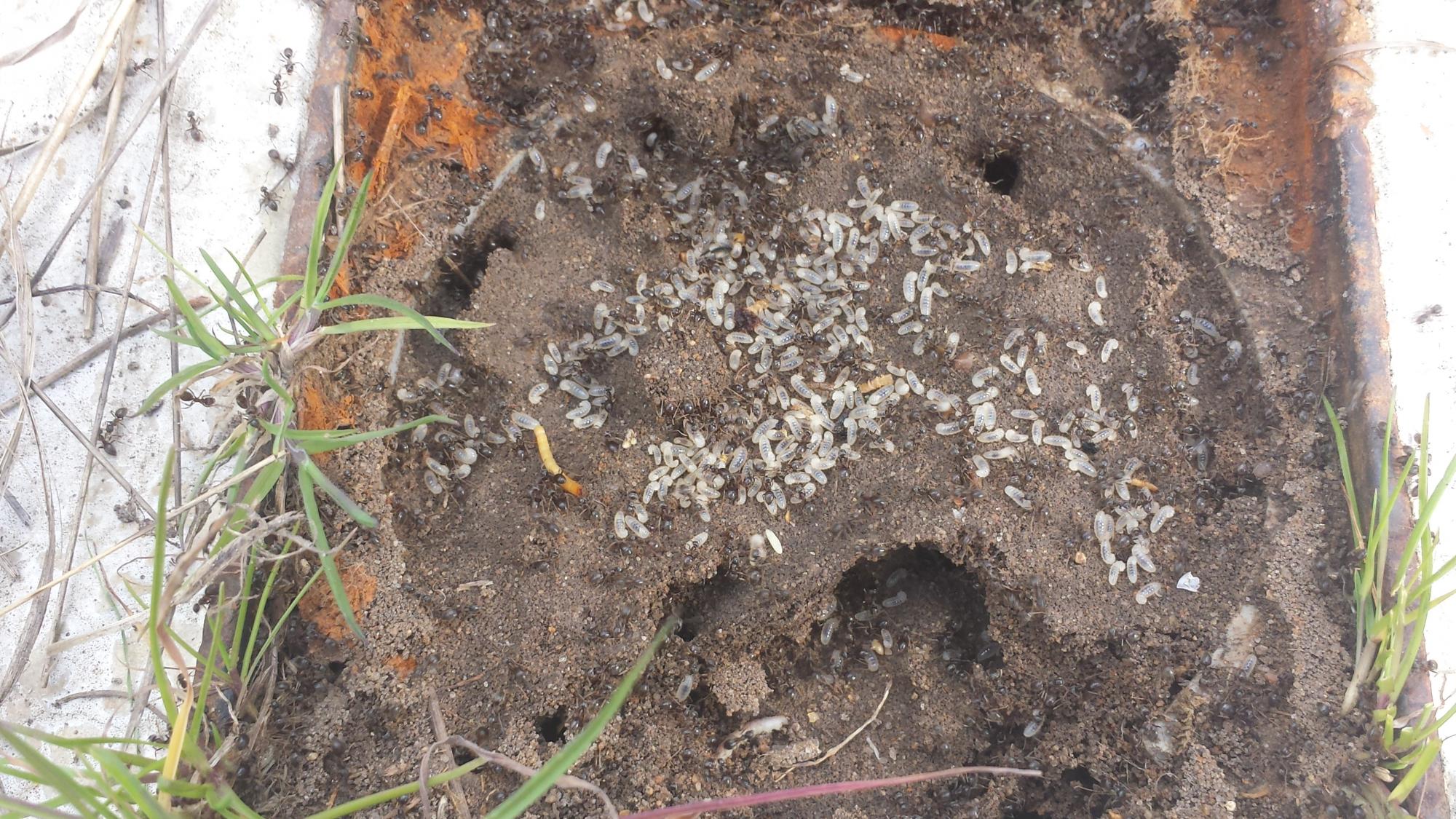 Each month we take samples of the landfill gas at a number of points both on and off site. This month however Dale and I were somewhat taken aback when we tried to sample this borehole near the Long Pond, just offsite. As we opened it, a swarming mass was revealed! On closer inspection it turned out to be an ants nest, of the small black garden variety Lasius niger. We stayed and looked at it awhile and it was evident the ants were in a panic as they were hurriedly moving their larvae (the white blobs in photo) underground.
Ants function as 'ecosystem engineers' by altering the nutrient levels in soil, via moving it about whilst nest building and transporting food through it. 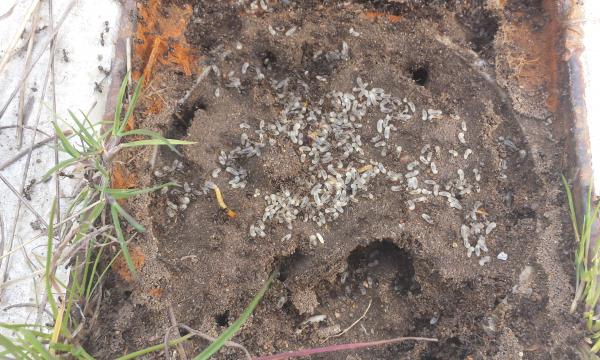