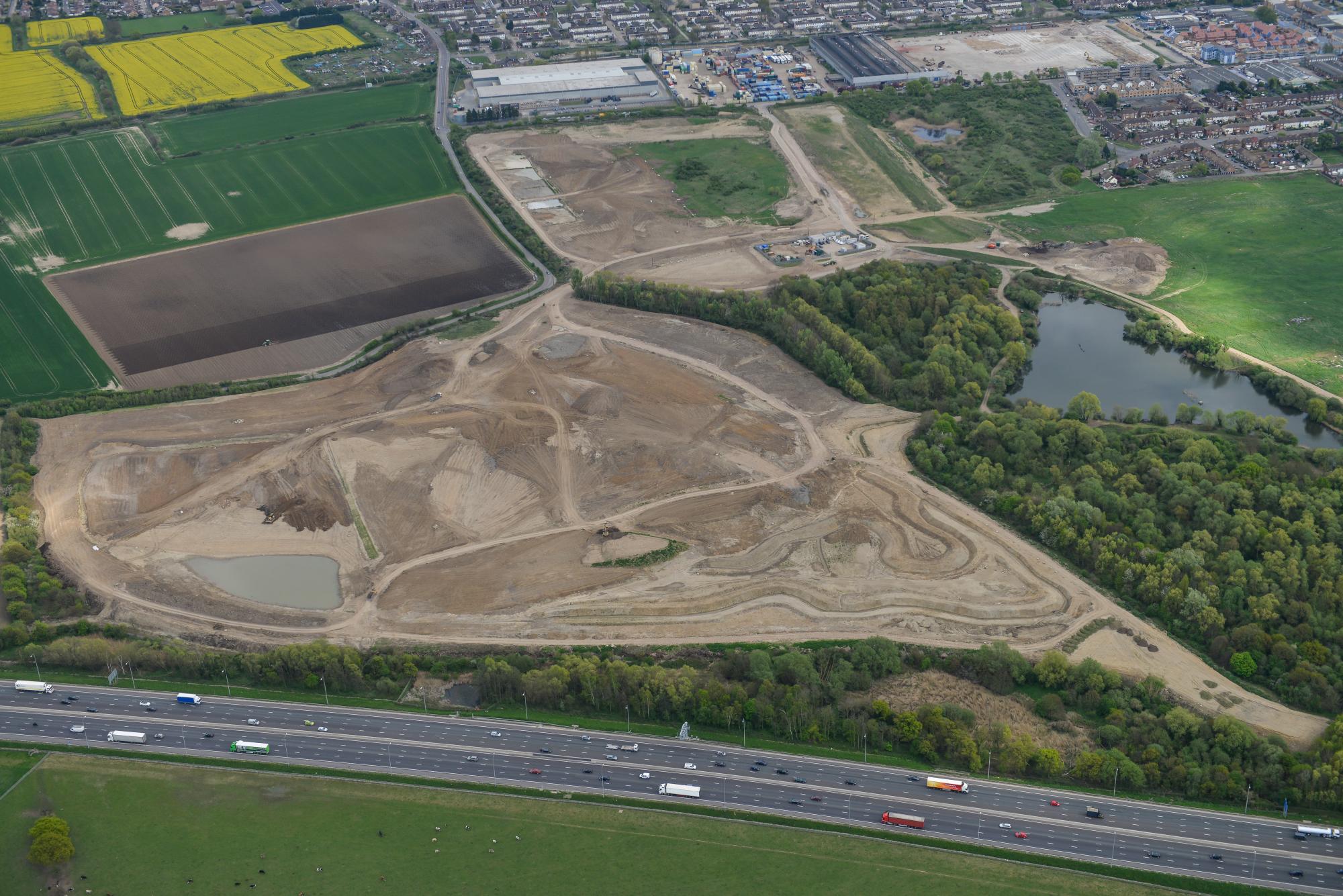 Three aerial photographs showing the North Field between 2014 and 2016 as viewed from above the M25 - the western boundary of the park.
Between 2014 and 2015 we can see the disappearance of the haul roads and the appearance of the perimeter footpath. The land drains are clearly visble in the southern section of the North Field. The wildflower meadow which was seeded with green hay from a local nature reserve is beginning to grow.
In the 2016 photograph, we can see the meadow really taking off. In this photo we can see that the pads and roads for the wind turbine have been put into place as well as an extra footpath veering of from the western side of the main path.The detailed ridge and furrow system in the reedbed area is showing - as are the pools recently created in this wetland system. Construction of the cap has begun on the area south of the woodland (South Field) and we can see the haul road running along the top of the field has been put in place which allows us to run material to the rest of the field to form the cap. The western section is clearly being worked on -  this will enable us to create a footpath linking Little Belhus Country Park to the Oak and Ash plantation to the southwest of the site. 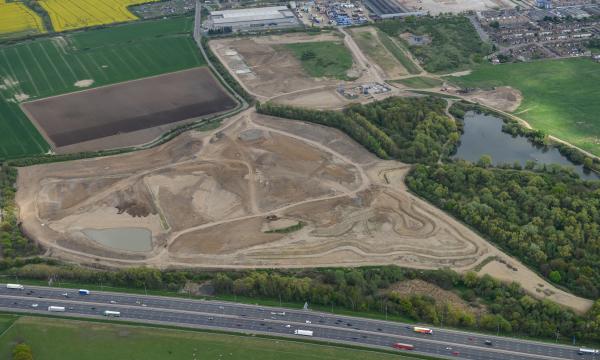 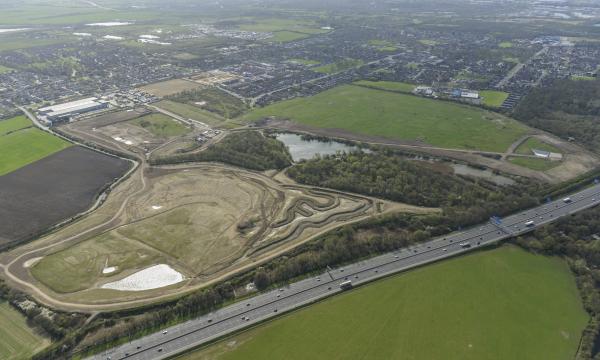 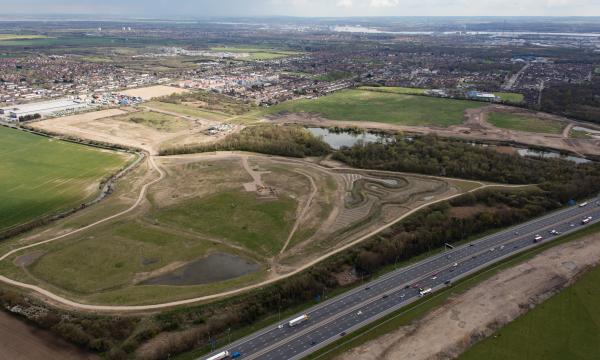