Demolition work began on the buildings on 13th February. These buildings represented one of the largest threats to human health on the site, with some of the buildings consisting of asbestos sheet roofing in disrepair and harbouring refractory ceramic fibres (RCF) in kilns. RCFs are known to pose similar threats as asbestos that may cause cancer by inhalation and lung disease. These RCFs were removed by a specialist demolition team at the same time as the asbestos roofing by certified contractors in this field.

The asbestos roofing sheets were carefully removed from the Mercury Seed Dressing Plant structure keeping the panels intact and were disposed of in specialist waste bins and wrapped on site while all personnel wore the appropriate personal protection equipment (PPE). The same procedure was followed for other buildings on site constructed from asbestos materials with the waste materials being transported off site to the designated asbestos tip at Redhill.

During the removal of the kilns the working area had to be sealed & cordoned off to prevent the RCF from escaping as this type of fibre is easily disturbed. Tents were set up inside the building, filling any air gaps with foams & plastic sheeting. During the removal water was used to supress the fibres. The RCFs were sealed in bags then removed from the building and placed into specialist closed waste bins for removal off site.

Once the buildings had been demolished and the asbestos & RCFs removed off site a 1m thick clean layer of clay was placed over the entire footprint of the building to suppress any remaining fibres which will remain untouched. 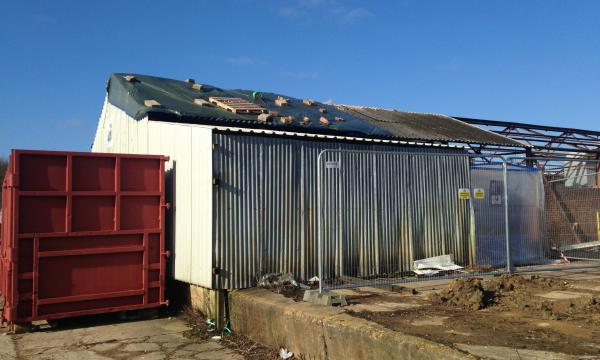 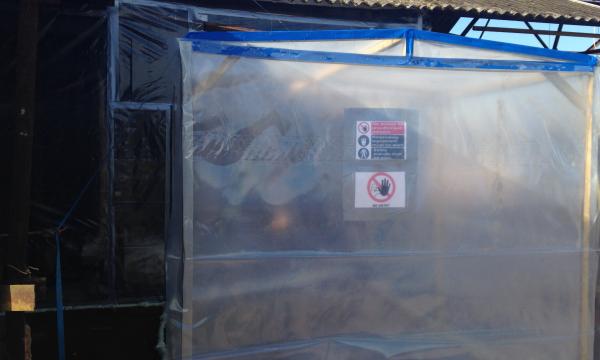 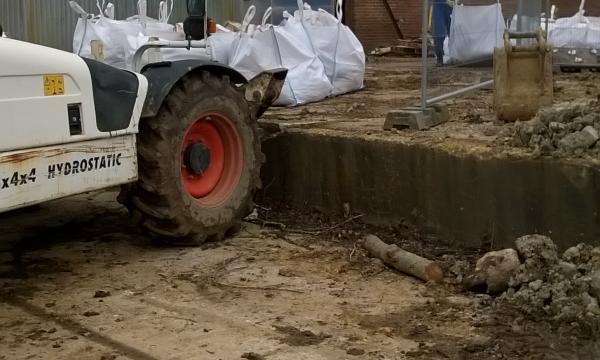 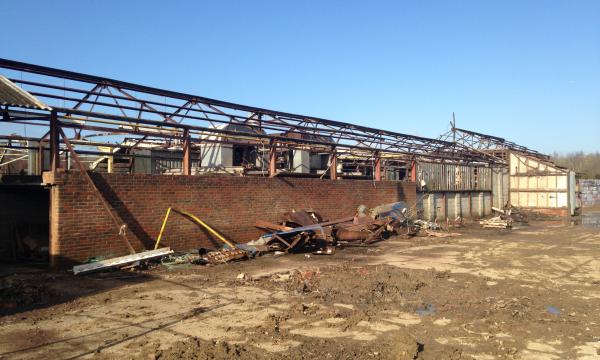 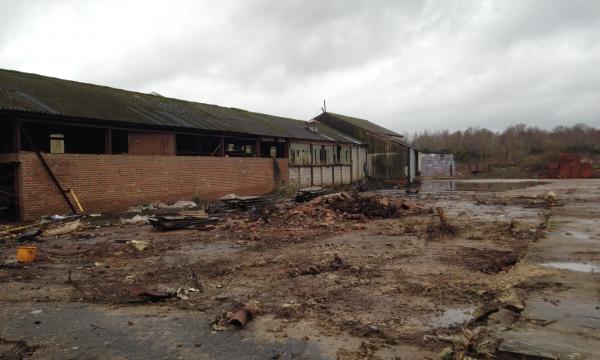 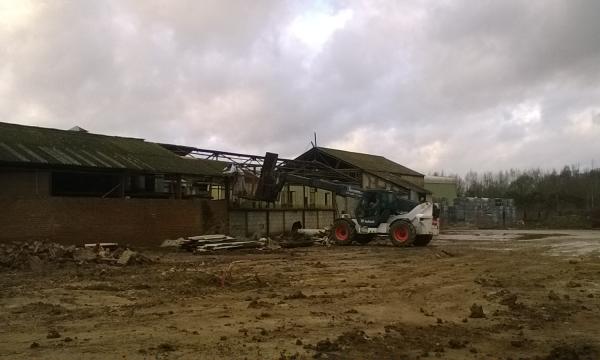