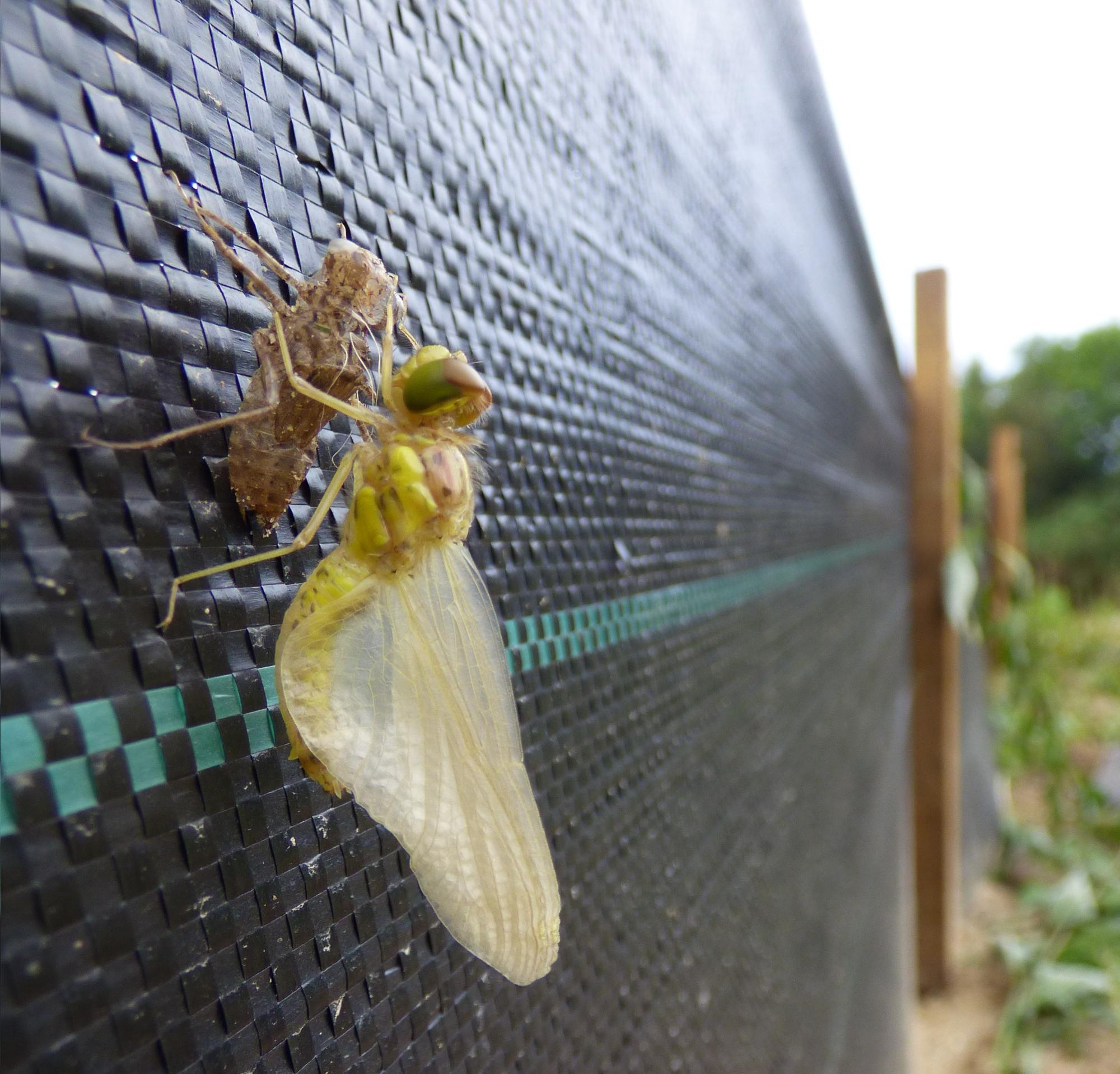 Whilst trapping and translocating pond-dwelling amphibians we have encountered a variety of insect larvae including those of dragonflies. When dips and gullies in the abandoned clay stockpiles of the old brick works fill to form small semi-permanent pools, dragonfly larvae flourish, partly because there are no fish to predate them.

The fences built for translocating newts and reptiles appear to have become useful platforms for dragonfly larvae emerging from ponds to begin their adult stage. From small brown pond invertebrates they transform into spectacularly intricate and agile airborne predators. With independent control of each of their four wings they can fly backwards, hover and turn at any angle almost instantly; they need less than a second to take off, catch prey and land again.

For this transformation Dragonfly larvae would usually climb robust emergent vegetation but this freshly emerged, extremely fragile Common Darter (Sympetrum striolatum) made use of our fence instead. It struggled free from its exoskeleton (exuvia), leaving it eerily clinging to the fence whilst its body straightened and hardened. Dragonflies are extremely vulnerable to predation by numerous bird species at this stage. Luckily for this one, however, it was soon ready to spread its wings, pump blood around its new flight muscles and escape skywards; overlooking the pond in which it had swum only hours earlier.

The ponds, ditches and habitats restored and built as part of the project will provide ideal habitat for Common Darters and other rarer dragonflies to breed long into the future, though once our exclusion fences are removed they’ll have to go back to climbing up plant stems. 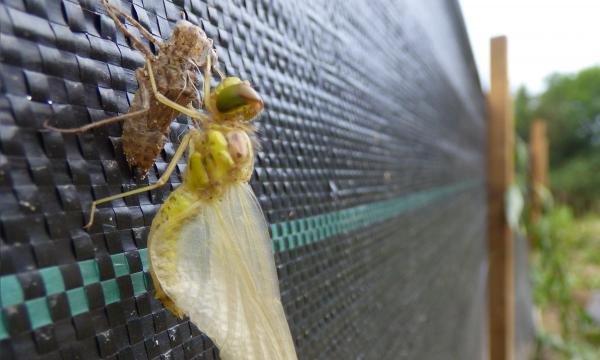 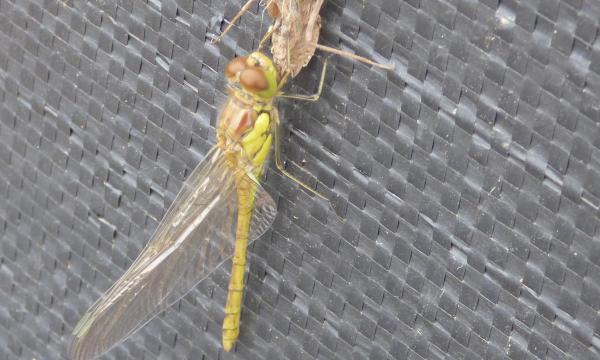 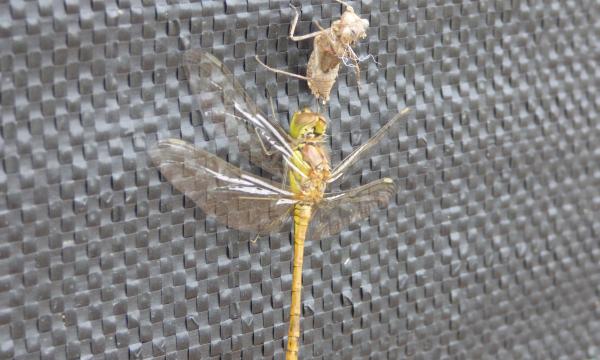 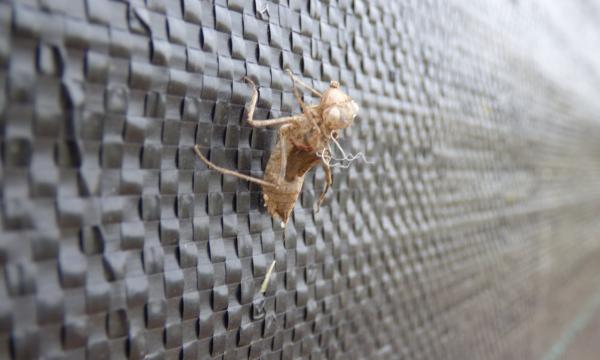 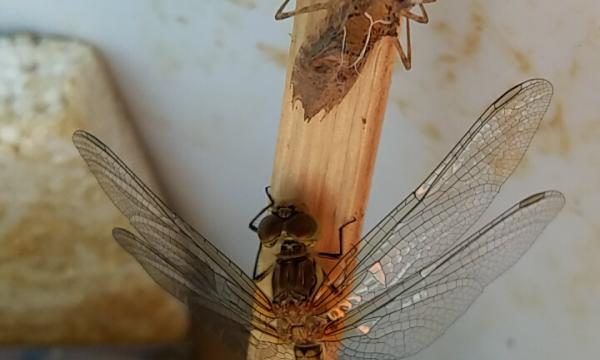